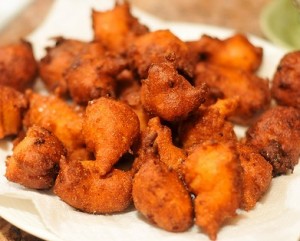 As a chef who works ungodly hours as well as every holiday and weekend I’m also the father of two gorgeous daughters. Since their birth I’ve been on a mission. A mission to turn them into tough take charge, take no crap alpha females. To ensure them continued success in all their ventures as well as keep myself from having to beat up a 17 yr. old boy, or from having a heart attack at 40. I’ve taught them the usual’s, not to be bullied, self-worth, & self-confidence, as well as how to throw a punch and land a perfect kick to the groin. They’re already proficient archers so I thought it was time to move on to fire arms. Now, I’m no hunter, as a matter of fact the first time I went camping I was half way through my twenties. My fire arm experience was limited to self-defense, from growing up in a rather unsavory neighborhood.

Discussing firearm safety and respect at the dinner table was very alien to me, but I covered all the basics, proper handling, form, never pointing a weapon at anything you’re not willing to destroy, and how anything you kill you have to eat, life is sacred and not to be frivolously wasted for target practice.

They took all my information to heart. After our talk their first question was when we could go hunting for alligator, “because it’s delicious and there are way too many of them in Florida”. Unfortunately there aren’t many alligators or for that matter bayous in Buffalo. So after some convincing we settled on target shooting on our land in the southern tier.

They were little snipers right out the gate. Exploding water bottles at 30 yards with a 22 cal rifle like it was their job, with proper form and technique to boot. After they’d fired several dozen rounds at poor unsuspecting Poland springs bottles they were thirsty for blood, begging to go hunting for squirrels. “We’ll scare them away trapesing though all the fallen leaves and loam in the woods” I thought “they’ll never follow through with it or even be able to hit a moving target” I thought.

10 minutes and a single shot later I find myself showing my daughters how to field dress their kill. Luckily I was able to talk her out of saving the tail to wear to school in her hair on Monday. But being a man of my word and trying to teach them a valuable lesson as well as possibly disway them from hunting for sport we headed back to the cabin to transform our catch into lunch. They’ve seen Andrew Zimmern eat some very odd things on national television so not even an eyelash was batted as we proceeded to make cornmeal battered Cajun squirrel fritters a recipe I picked up from one too many late night duck dynasty binges. As it turns out they weren’t bad, especially with a remoulade dipping sauce. The meats surprisingly sweet albeit not nearly as sweet as knowing that this self-admitted city kid is raising some tough little hunter gatherers. Don’t get me wrong, they will not be making an appearance on my restaurant’s specials menu, but; if you’re interested in a western New York safari I know a 9 year old who’ll happily be your guide.

–(photo not of the actual fritters.. unfortunately)